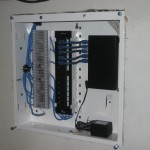 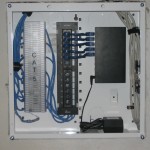 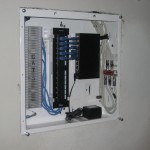 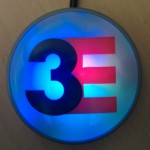 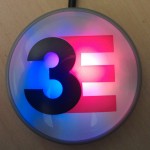 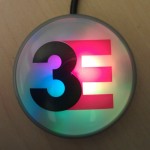 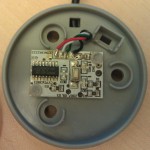 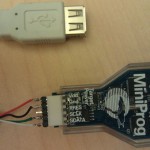 The other day I found out that the company I work for would be getting some promotional USB Smart Buttons for our new website.  I though how fun would it be to reprogram these buttons to go to our competitors website and put them on a few select employees desk. So the first thing to figure out  was what is inside… I had hoped for a micro and eeprom so all that would be required is the changing of a string in the eeprom but instead all I found was a cypress CY7C63803 micro controller.  This prank was going to take a bit more effort than I had first thought so I ordered a PSoC Mini-Prog and downloaded the PSoC Designer Software and started writing my own version of the USB Smart Button Firmware.  Below is the firmware for the one URL version of the Smart Button with PWM three phase color phasing LED’s.  I have also posted the Excel spreadsheets that I used to make the Sine Table and ASCII to Scan Code Tables.  Please enjoy reprogramming your USB Smart Buttons with this free firmware. I know I got a few good laughs out of it and some good experience working with USB HID devices. 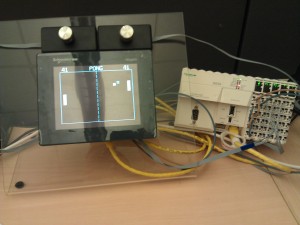 The past few days I have been playing around with a So Machine starter kit thinking to myself what can I make this thing do that is interesting. I am not sure how but I came across the idea of writing pong for the M238 PLC and HMI STU 855 but it is a-lot more fun than starting motors.  The code is primarily structured text with a function block to bring in the signals from the paddles which are mechanical quadrature encoders pictured above the HMI.  I have attached the Project for anyone whom wants to transform their So Machine Starter Kit into A So Pong Device. 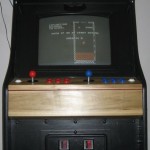 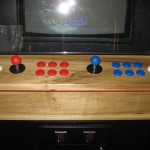 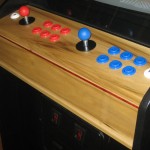 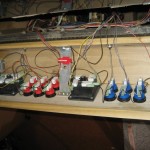 I bought the arcade cabinet on e-bay from a local seller.  It was quite interesting transporting this cabinet and a Mortal Kombat arcade cabinet in a ford ranger. The idea behind getting this cabinet was to transform it into a Mame arcade Machine.  The issue was that the control panel was setup originally for Robotron then drilled for bloxeed and I needed more buttons to be able to play a large range of games on this machine.  That left me with two options… One option was to remove the artwork and glue from the control panel and fill all of the holes with bondo, sand, paint, and drill my new button layout. Or option two just build a new control panel which I felt would look nicer and be easier. The control console is built for poplar with a padauk inlay to cover up a mistake I made. I will try to post some update on the progress of this project as soon as I have time to work on it again. 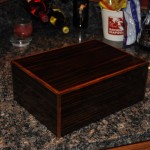 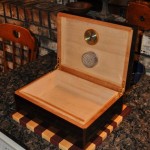 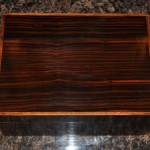 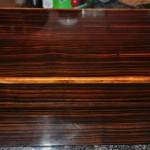 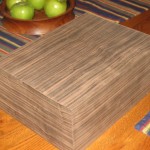 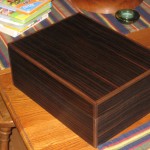 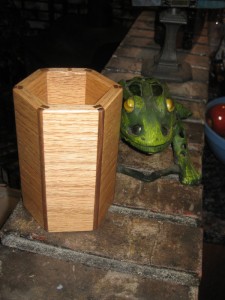 I am slowly going through and adding all of the wood working projects I have done so far. This is a pencil holder I made from red oak with walnut accents and finished with tung oil. I currently use the pencil holder daily at work and the tung oil finish is holding up great. The only noticeable ware is the pen and pencil marks on the bottom from not putting the caps on. I would recommend using tung oil finish on any project that needs a quick easy and durable finish. 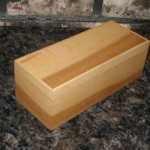 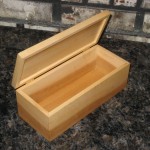 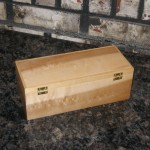 I made this box from a few boards I pulled off of a pallet my neighbor was throwing out . Once I planed these boards I knew I had to make something with it. The box is finished with boiled linseed oil and some paste wax. Due to this wood coming from a pallet I have no idea what kind of wood this is, so if you recognize it please let me know what it is.